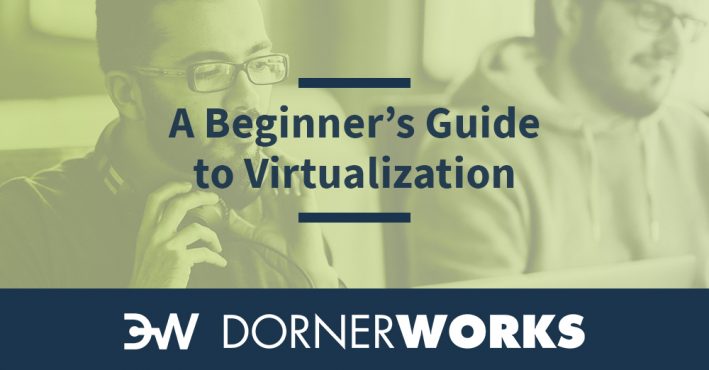 Virtualization is a pretty broad topic, and I do have a day job, after all. And maybe you weren’t afraid to ask, but you just hadn’t gotten around to it yet, or had tried looking once and didn’t find what you were looking for. But you’ve got to admit that it’s a snappier title “Something About Virtualization, Specifically on the ARMv8 Cortex-A, That You May or May Not Have Already Known or Wanted to Know.”

This blog series is going to be about virtualization provided by a type-1 hypervisor with an emphasis for the embedded system use case on an ARMv8 Cortex-A processor. Even with the narrowed down scope, this will be a four-blog series. This first blog entry will provide an overview of what virtualization is, some of its history, the benefits of using it for on embedded systems, and a quick look at the different hardware features that makes it affordable in terms of CPU overhead and memory usage. Subsequent blog entries will go into more details how these hardware features are used in virtualization solutions such as the Xen Project hypervisor.

Technopedia defines virtualization as the “creation of a virtual resource such as a server, desktop, operating system, file, storage or network.”

…Umm, okay, always fun when a definition is self-referential.

Sometimes—especially in ye olden days like the 90’s and early 00’s—this was done primarily with software, but at the cost of significant performance loss. The best results are achieved when that virtualization software can use hardware features to make the fake-out easier, reducing the number of CPU cycles required to perform the virtualization.

The basic concept of virtualization isn’t new. This is what operating systems have been doing for decades. For example, threading is faking out the number of CPUs. Virtual memory is faking out the amount or location of memory. File systems fake out the number of storage media, to the extent that a program running in user-space can act for all intents and purpose as if it is the only one with access to those resources. It is even possible for an operating system or user-space program to create and manage a virtual machine in which another, potentially different, operating system can run. This is called a Type II Virtual Machine Manager (VMM), aka a hypervisor.

In both cases, software running in those virtual machines believe they have exclusive access to one or more CPU cores, memory, and I/O that may or may not actually reflect the real hardware. This ability to create virtual environment for the software to run is very powerful and provides a number of benefits.

A Brief History of Virtualization

The idea of abstracting hardware and virtualizing it for software is not new, it has been in the literature since the 1960’s. In 1974, Popek and Goldberg formalized the definition of the hypervisor as a piece of software with the following three essential characteristics:

The virtual machine is the environment created by the VMM.

Virtualization techniques, including the use of hypervisors, were first experienced in the server market. Initially most businesses hosted a single application on a server due to the relative parity between an application’s processing requirements and the server’s processing power, and also due to early limitations of the server’s OS when running multiple applications simultaneously.

Over time, increases in computing power resulted in excess capacity, creating demand for a means to consolidate applications in a way that was also easy to manage them. Demand for a solution to provide backwards compatibility for obsolescent operating systems also grew during this time, as this enabled businesses to continue using legacy applications dependent on those outdated operating systems.

VMWare provided the first commercially available hypervisors for x86 computers in 2001 that met both of these needs. An initial consolidation ratio of 5:1 allowed businesses to eliminate four out of five servers. Recent VMWare reports show consolidation ratios of 15:1. As companies migrated more of their services to run in virtual machines, it became possible to outsource data center services entirely, and infrastructure-as-a-service and platform-as-a-service in the cloud became a viable business model, allowing those companies to host their applications on remote virtual servers.

An important benefit of virtualization is that virtual machines can be used to provide strong isolation between software functions (SWF). As a single hardware resource becomes responsible for hosting multiple software functions, isolation is necessary to restrict unfettered growth in complexity and to mitigate the impacts of concurrent execution of those software functions. Without isolation, the number of possible interactions between different pairs of software functions grows geometrically with the number of functions consolidated, dramatically increasing the effort to analyze and describe the interactions and side effects. In their 1974 paper, Popek and Goldberg state that “isolation, in the sense of protection of the virtual machine environment, is meant to be implied as a result of the third characteristic defined above.”

Isolation is also useful for providing fault containment by preventing erroneous or malicious behavior in one software function, or application, from affecting another. Early literature going back to the ’70s identifies the need for spatial separation for fault containment, which is commonly achieved by restricting the memory locations a SWF can access, thus protecting the data and instructions of the other SWFs in a consolidated system. ARINC 651 also identifies the need for temporal separation, later expanded upon in ARINC 653, where a SWF in one partition cannot affect the execution time or time to access a resource of a SWF in another partition.

The capabilities provided by virtualization can also be used to enable new features and improve old ones. As already mentioned, the isolation provided by virtual machines allows for enhanced security and safety, as it becomes possible to run functions in isolation, i.e. sandbox them, so that a breach or failure in one VM is limited to that VM alone. Not even security vulnerabilities in the VM’s OS would result in compromise of functions in another VM, providing defense in depth.

The capability to consolidate disparate software functions enables the implementation of a centralized monitoring and management (MM) function that operates externally to the software functions being monitored. This MM function could be used to detect and dynamically respond to breaches and faults, for example, restarting faulted VMs or terminating compromised VMs before the hacker could exploit it. A centralized monitoring function could also prove useful in embedded applications which have a greater emphasis on up-time. The monitoring function could detect or predict when a VM is faulting, or about to fault, and ready a backup VM to take over with minimal loss of service.

There are other use cases that are common in the server world, where VMs are managed algorithmically by other programs, being created, copied, migrated, or destroyed in response to predefined stimulus. Virtualization enables guest migration, where the entire software stack, or part of it, could be moved from one VM to another, potentially on another platform entirely. This could be an important enabler for self-healing systems. Migration can help with live system upgrades, where the system operator could patch the OS or service critical library in a backup copy of the VM then test the patched VM to validate correct operation before migrating the actively running application to the patched VM, again with a minimal loss of service.

Another use case seen in the server market is the ability to perform load balancing, either by dynamically controlling the number of VMs running to meet the current demands, or by migrating VMs to a computing resource closer to where the processing is actually needed, reducing traffic on the network. These are all capabilities that could be coming soon to an embedded system near you.

Virtualization can be used to reduce program risk by providing the means to reconcile contradictory requirements. The most obvious example is the case where two pre-existing applications are needed for a product, each developed to run on a different operating system. In this case, the contradictory requirements are regarding the OS to use. Other examples include different safety or security levels, where isolation allows you to avoid having to develop all of your software to the highest level, or using software with different license agreements, where you might want to keep your secret sauce software separate from open source contamination.

Long-lived programs can also benefit from the ability to add new VMs to the system at a later date, creating a path for future upgrades. Likewise, in a system using VMs, it becomes easier to migrate to newer hardware, especially if the hardware supports backward compatibility, like the ARMv8 does for the ARMv7. Even if it isn’t, thanks to Moore’s law, newer processors will have even greater processing capabilities, and emulation can be used in an VM to provide the environment necessary to run legacy software.

Virtualization can also be used to reduce risk of system failure during runtime. Previously mentioned was dynamic load balancing, which can also be considered one way to reduce the risk of failure, but virtualization can also be used to easily provide redundancy to key functionality by running a second copy of the same VM. With the centralized monitoring also previously mentioned, the redundant VM can even be kept in a standby state, and only brought to an active state if data indicates a critical function is experiencing issues or otherwise about to fail.