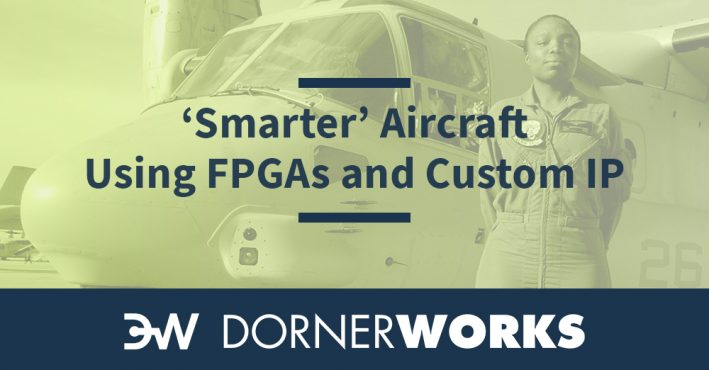 Great advances in aerospace are still being made today, though they may not be as cosmetic. Embedded technology has driven much of the aerospace industry’s innovation in the last few decades because of the space constraints inherent in even the most massive aircraft. Tightly arranged aircraft parts are never far from a centralized embedded system, either, and sensors in each can easily be networked together to gather important performance and environmental data to trigger the appropriate responses.

In the form of multiple high-speed cameras attached an airplane, you have the makings of a “smarter” aircraft that can log image data alongside the other measurements. Technology like this can aid in disaster response, provide highly-detailed maps, and assist airborne law enforcement in major interdictions. Without a means to accurately time stamp the data and a processing system that can match it up in order to inform safety-critical decisions, however, it’s just expensive aerial photography equipment.

The right IP and parallel processing with FPGAs are moving these examples from the drawing board to the runway, as well as provide flexibility for future alterations, which is particularly important when dealing with data streaming in from multiple sources, not to mention evolving industry standards.

A company that develops imaging solutions for aerospace applications came to DornerWorks for FPGA design and IP implementation, for an advanced driver-assistance system (ADAS) that optimized data ingestion from a dozen simultaneously streaming cameras.