Exploration and innovation are at the heart of the latest products being developed for medical applications. Improving such systems or introducing new methods or tools often requires a thorough understanding of the old ones before launching into uncharted territory, but it’s through experimentation with these new ideas that truly life-changing products can be designed and developed.

One of the ways DornerWorks innovates is by supporting and working with engineering students from Grand Valley State University, students whose work is already being put to good use in the medical industry.

Every year, sophomores from the Electrical/Computer Engineering and Computer Science programs at GVSU are brought on to begin their work as a co-op students, participating in real-world projects and solve real-world problems alongside degreed and experienced engineers. After 3 co-op rotations, DornerWorks submits a project to the university to be considered for the annual Senior Design course, where senior students will work for 7 months designing, testing, and presenting an engineering solution to the task they are responsible for. In January 2017, the seniors of GVSU were tasked with designing a neuro monitoring system using the wireless technology, LoRa.

Past DornerWorks Co-Op Students Aaron Crump, Luke Ganzevoort, and Nicholas Pahl were joined by new team members Michael Doran, Marshall Warners, and John Wallace to handle the Senior Design Project. Initially, the task was to monitor the EEG (electroencephalogram) given off by the brain to aid in sleep studies, but upon further investigation and research, it was determined that a 7-month time frame would not be sufficient to properly develop a neuro monitoring system. Therefore, the scope of the project was shifted to monitoring the heart and analyzing Electrocardiograms (ECG’s) to report heart rates to nurses and doctors.

The previously mentioned LoRa technology was the heart of the project. LoRaWAN, or LoRa for short, stands for Long Range, Wide Area Network. It is a low power, wide range wireless communication device that has become popular in Europe due to its ability to transmit long distances. DornerWorks wanted to use this technology specifically, in case it could also be researched in future Internet of Things (IoT) projects.

The LoRa development kit used includes a LoRa Gateway to be connected to a network and 2 LoRa remotes to send signals to the gateway. By generating small packets of information to send over LoRa, it would be ideal to use this technology to perform edge computing and proceed to send small messages over a wide range (advertised up to 10km).

Also included in the implementation:

One could imagine that in a health care building, doctors and nurses would be able to access this information via their smartphone, tablet, or computer.

All connections made to the back end were made secure by using a standard known as OAuth2. OAuth2 provided a mechanism for only authorized users to gain access to the back end.

In addition to the web application, the IoT system needed a way to decrypt and parse incoming LoRa packets. Our “App Server” consisted of a SaaS system provided by an organization known as “The Things Network” or TTN for short. TTN provides users with free access to their system by registering your LoRa equipment on their website. Registering equipment through their system is free of charge and it provides a secure way of transmitting encrypted LoRa data to your web application’s back end. 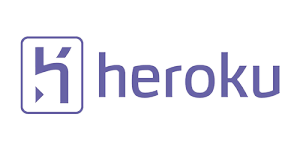 Both front and backend were hosted on a web platform known as Heroku. Heroku provided an environment to build and test our system as well as register it under a domain that can be accessed by anyone with an internet connection.

Now that all the pieces are in play, the device was up and operational. With a test patient hooked up to the electrodes, the team was able to view an average heart rate every minute on the web front end.

Events were built into the source code of the Raspberry Pi that would alert the end user if either the electrodes were disconnected or the patient’s heart rate fell too low. Using the LoRa development kit, the remotes and the gateway could be separated and cover a large distance.

In theory, many remotes can be scattered across a hospital within the range of the gateway and be able to communicate. After performing some range testing, it was determined that the signal integrity diminishes quite rapidly through walls and structures in the path of communication, lowering the operational range of LoRa to a quarter of a mile. Multiple gateways would be needed to cover a densely populated area like a hospital with many rooms and walls creating communication barriers.

In the past, nurses and doctors would all need to be in the room with the patient in order to see ECG data. If vitals begin to fall, it is important that medical staff is alerted immediately in order to administer proper care. Now, this cardio monitor is keeping doctors and nurses alert and informed in real time to the medical needs of their patients.

Technologies such as LoRa will likely greatly enhance IoT projects in years to come. The ability to send small packets of information, such as turn on a light, start a thermostat, or measure a heart rate, is beneficial when talking about IoT development. Moreover, the range of LoRa can be improved with the gateway at a higher altitude with less objects in the path of sight.

DornerWorks has been working with Grand Valley State University for many years, both as a co-op employer and also a sponsor of Senior Design projects. Through this mutually beneficial relationship, DornerWorks helps students grow while shaping future engineers to be the best they can be right out of college. 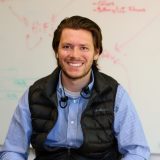 How would you like to engineer electronic products for space travel, defense, or the medical industry? If you have… https://t.co/eutVjzvgo4
via Twitter on 2-20-20 Visit us on Twitter