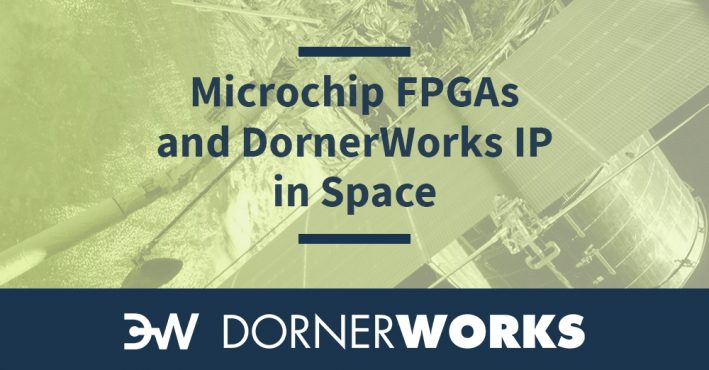 Truly, not all FPGAs are created equal. Most are not functional in space.

It takes time to harden devices from space radiation, shielding them electronically and mechanically, building redundant logic, isolating and decoupling components, and much more. That’s why a majority of the processing components on the market are based on “tried and true” PowerPC (PPC) architecture that’s decades behind commercial solutions.

One aerospace company decided on a radiation-hardened FPGA device from Microchip for its products, which would improve the quality of life for space travelers. They initially considered a PPC RTG4 solution but that didn’t seem feasible. A massive amount of packet routing resources would be required just to facilitate the network traffic over the PPC to RTG4 interface efficiently enough.

We had seen how challenging such a setup could be in a previous engagement. Even with a high-speed PCIe bus, an embedded processor can be quickly overwhelmed with interrupts caused by so much packet traffic.

DornerWorks’ FPGA team guided the company to direct cut-through routing within the port logic, while softcore processors define and maintain the logic-based routing tables that exist on each incoming and outgoing port.

Being compatible with the end-user’s commercial devices, the product spans markets and cements the company’s hold on the aerospace market. Moreover, working with DornerWorks gives the company flexible data rights over the finished product, and full ownership of its own innovation.

This customer is finding validation in its design hypothesis using the modern processor architecture they wanted, with custom IP from DornerWorks, rather than settling for a development pathway that could have timed them out of the market window.

They are headed for space with a wider portfolio, and greater confidence.