Home > About > Blog > RF Signals are Connected to FPGA Acceleration in the new RFSoC, Changing Wireless Communication for Good

RF Signals are Connected to FPGA Acceleration in the new RFSoC, Changing Wireless Communication for Good

If the future is connected, the Zynq UltraScale+ RFSoC is a crystal ball.

Radio frequency communications have long provided products in aerospace and defense, the automotive industry, the industrial sector, and even healthcare with a means of data transmission, but they have also required stand-alone subsystems to translate those streams. 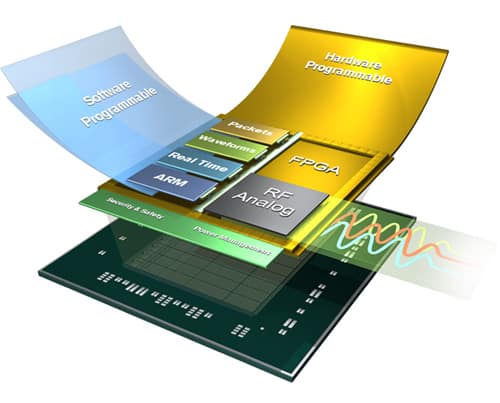 As the world sees an exponentially growing number of people and devices using wireless technology, our aging communication infrastructure will need some updates.

Massive Multiple-Input Multiple Output (MIMO) arrays have been able to reduce power dissipation and solve the bottleneck problem by transmitting messages in smaller pieces, simultaneously, from separate antennae. The data must be received, translated, and transmitted incredibly quickly, however, which requires discrete signal processing devices. And as the number of antennae increase, so do the considerations for signal and power integrity.

Simply put, 5G will allow more data to be sent over millimeter wavelengths, but standard antennae setups cannot reliably capture and analyze that data without some incredibly powerful signal processing tethered directly to the dish.

The new Zynq UltraScale+ RFSoC from Xilinx eliminates that problem altogether by connecting data from the RF signal chain to FPGA accelerated hardware and software logic, allowing direct conversion of that data without intermediary devices. Not just a novel technology, the RFSoC is a game changer for: 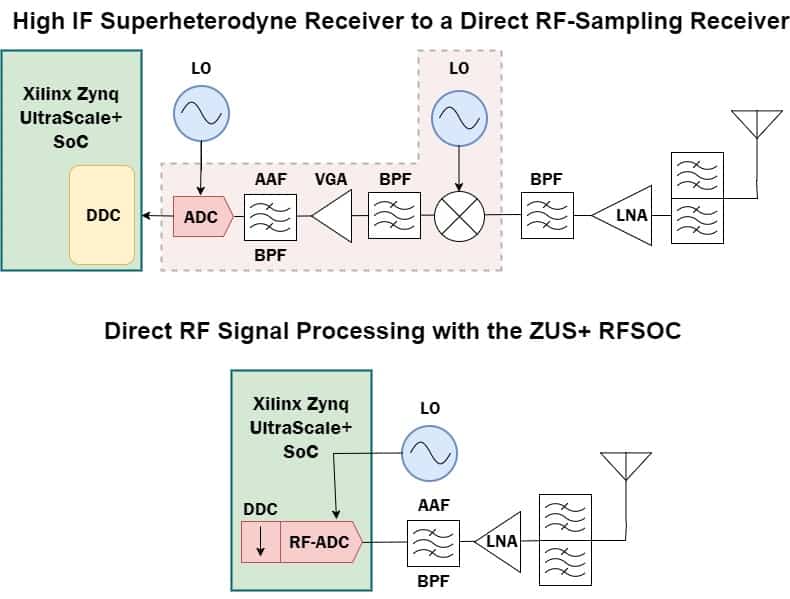 FPGA acceleration has allowed companies to realize a powerful and efficient means of data transmission, analysis, and encryption. It saves costs in size, weight, and power, (SWaP) but it requires no small amount of development hours.

The RFSoC technology is in extremely limited early release right now, and DornerWorks is one of very few design houses in the world with development expertise on this equipment.

Exploring the board’s potential in one of DornerWorks’ labs, embedded engineer Jeff Kubascik explains how this device will change the way robust wireless communications systems are designed from the ground up, or at least from the antennae down.

The RFSoC opens up some opportunities with miniaturization and phased array systems, Kubascik says. The robust RF processing capabilities directly integrated into the SoC architecture can enable precision sensing and wireless communication for the smart vehicles and wearable devices of the future. Even the U.S. government’s Multi-function Phased Array Radar (MPAR) will no doubt rely on RFSoC technology to condense and improve its own aircraft and weather surveillance systems.

Including ADCs and DACs in the 16nm UltraScale+ MPSoC replaces the need for separate converters, transceivers and other signal conditioning equipment, realizing up to a 50-75 percent reduction in SWaP costs. The outmoded analog optical line-out has been replaced with an Ethernet port, improving network capacity, scale, and performance, while Soft-decision Forward Error Correction (SD-FEC) cores help the device meet 5G and DOCSIS 3.1 standards.

The Zynq UltraScale+ RFSoC has tremendous potential for applications in aerospace and the military, as well as consumer-focused wireless networks, and is currently the only RFSoC in production today. It leverages FPGA programmable logic to enable powerful and portable, low power RF signal processing, and DornerWorks engineers like Kubascik are already experimenting with tools like Matlab, Simulink, and C/C++ to create HDL and VHDL models.

We’ve launched many successful FPGA and MPSoC projects with the help of trusted partners like Xilinx, and we’re one of three Xilinx Premier Partners in North America offering design services, now putting those services to work on the leading edge of connected technology with the release of the Zynq UltraScale+ RFSoC. Contact us to learn how you can take advantage of the RFSoC’s capabilities in your own system, and get your next project started today! 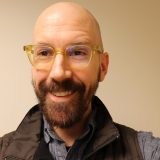 by Matthew Russell
Marketing Specialist
Matthew is a marketing specialist for DornerWorks, where he helps tell stories about the innovative technology solutions the company's clients have launched, and the many ways DornerWorks engineers can help launch them. He has a background in journalism and business communication, and enjoys working on Raspberry Pi and home automation projects in his spare time.
<< Previous Post
Next Post >>

How do you investigate and debug system performance on an FPGA-based System-on-Chip (SoC)? This walkthrough on fine… https://t.co/q7huNpQMwt
via Twitter on 2-14-20 Visit us on Twitter