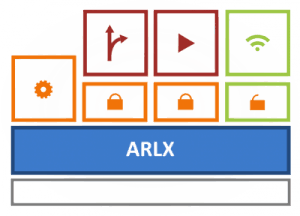 GRAND RAPIDS, Mich., August 22, 2012 — Following the successful completion of a Phase I contract in 2011, the U.S. Navy Space and Naval Warfare Systems Command (SPAWAR) has awarded DornerWorks a Phase II contract worth $750,000, with a potential option that would extend the contract to a total of $1M.
SPAWAR focuses on information dominance for the Navy and are providing funding for continued research and development at DornerWorks to develop an embedded ARINC 653 open-source hypervisor. A hypervisor is virtualization technology that allows multiple operating systems to run simultaneously on a single computer. While virtualization is common in large scale computing facilities such as data warehouses, it has appeared on desktop computers in recent years, and now is making its way into embedded computing that are running behind the scenes in much of the digital world around us. A hypervisor isolates each software application from the others running on the same computer, providing reliability, security, and safety. It prevents a bug in one software program from affecting the other programs on the same system. Equally important for the Navy, this isolation also provides security against intentional attacks from malware such as software viruses.
The DornerWorks contract project, titled “Safe, Secure, and High Performance Hypervisor: A Partitioning Approach to Isolating Untrusted Software” aims to extend the Xen open-source hypervisor to comply with the ARINC 653 standard, which guides the partitioning of software running on a single computing platform in safety-critical applications, particularly for aerospace. Principle investigator for the contract, Steven H. VanderLeest, is Vice-President of Research & Development at DornerWorks and also a Professor of Engineering at Calvin College. VanderLeest says that this new contract “will enable DornerWorks to further develop an innovative product that has excellent potential for a variety of applications.” One unique feature of their approach is the release of the software as open-source. VanderLeest indicates that interested parties can thus “try out the technology for free and then later pay a reasonable price for the related certification artifacts and tools that provide the evidence of high levels of safety and security design assurance.”
About DornerWorks
DornerWorks is a premier electronic and software engineering firm specializing in the design of safety-critical systems for the medical, aerospace, automotive, and industrial markets. The company focuses on custom development of electronics hardware (printed circuit boards and FPGA computer chips) and embedded software such as device drivers and operating system interfaces. Founded in 2000 by David K. Dorner, DornerWorks has grown into one of the most sought after embedded engineering firms in the country. With an impressive staff of over 50 that includes PhD’s, patent holders, multi-degreed engineers, and a Six Sigma Black Belt, DornerWorks has the talent and experience to tackle the most demanding projects. DornerWorks is an ISO 13485, AS9100 and ISO 9001 certified company. For more information, visit the DornerWorks web site (https://dornerworks.com).
CONTACT: Dr. Steve VanderLeest, steve@dornerworks.com 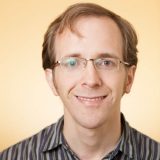 by Matt Johnson
Software Engineer
Matt Johnson is a software engineer at DornerWorks who has worked on a wide variety of software projects. Whether it’s embedded Linux firmware on aerospace and medical devices or IoT connectivity, mobile apps and websites, he enjoys understanding and meeting customers’ product and project needs through creative technical solutions.
Tags: ARLX, award
<< Previous Post
Next Post >>

Here's a tool that could save you time in FPGA development.Cocotb will help you verify your RTL code in Python. T… https://t.co/saFcQR6H4t
via Twitter on 2-21-20 Visit us on Twitter