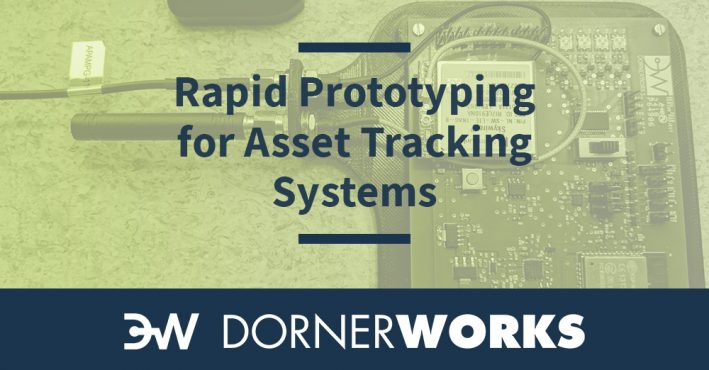 Whether it’s going to change the world, or change your backyard, if you have an idea for a connected product, the best way to start building it is to do just that.

Of course, there are costs involved, parts to source, industrial and mechanical design, and likely many other financial sinkholes that a product manager can spend endless time bikeshedding. But, at the end of the day, IoT product developers can’t depend on their ideas taking form on their own.

So, how are those prototypes being built? Development board options like Raspberry Pi, Arduino and BeagleBone have long cornered the hobbyist market, while more substantial devices from the likes of Texas Instruments, NXP, and Xilinx have attracted the attention of larger enterprise projects. Middle of the road options would combine a cost-effective platform with robust connectivity options and processing capability. They would provide a launchpad for both growing businesses and homebrew developers to prototype connected low power applications, and turn their ideas into innovation.

Single board computers (SBC) like those mentioned above, have filled this niche somewhat, but lack the portability of an embedded solution, which have been seemingly rare on the market.

A 6-member team of Grand Valley State University, including DornerWorks engineers Kevin Mahlie and Alex Pavey, spent their last two semesters working on an innovative rapid development prototyping board that provides tracking and connectivity options on top of a capable processing platform. Being an embedded solution, it suits low power requirements well, and presents a number of opportunities for Industry 4.0 applications, fleet management, and autonomous automotive projects.

Mahlie focused on the circuit and schematic design, PCB layout, and making sure all circuitry functioned as the team planned.

“A major accomplishment from the project was that there were no major hardware issues,” Mahlie says. “The board did not need any fly wires, cut traces or modification. It worked as expected on the first board spin.”

For a stand, they designed and 3D-printed a base and a detachable honeycomb lattice cover for the board, which can just as easily be mounted to a vehicle in the middle of winter in the Canadian Shield as it can be plugged in at a desk.

Once the board was produced, DornerWorks interns Nolan Keim and Michael Spoehr helped further expand its capability. Keim started working on firmware issues for project in mid-August. Spoehr interfaced the device with an MQTT broker hosted on AWS, and has been working on building a web application that tracks the board’s location, speed, and directional data. With multiple devices like this deployed in a fleet, a manager could use the web app to easily track the vehicles or packages they were responsible for.

This device is providing DornerWorks and its clients with a platform to build and test new IoT projects faster than ever. It is integrated with some of the most common IoT peripherals, allowing it to cover a wide range of use-cases with minimal configuration.

The ESP32 makes it easy for Bluetooth tracking by using beacon and scanning methods to detect the relative location of other Bluetooth beacon devices near it. The cellular modem, meanwhile, includes a GPS module that can obtain a more precise location data. Wi-Fi connectability, paired with a cellular connection, means the device can access the internet from almost anywhere in the world.

This is a game changer for wireless data monitoring in any industry.

The platform has a modularized design to provide maximum configurability, but additional modules can be added to the system via I2C, SPI, and UART buses. With this device, DornerWorks will be able to expedite their development process and shorten time to market on any IoT project.

For the two semesters following the hardware and firmware construction, a team of GVSU engineering students including DornerWorks intern Jacob Walton will be optimizing the web application to enable it to ingest Controller Area Network (CAN) data, well suited for automotive projects, and providing even more vehicle data back to a fleet manager via the web page.

The rapid prototyping board combines just about all major features of a typical development with the added features of 4G, WiFi, Bluetooth and BLE, Keim says.

“So the IoT applications aren’t limited to just the range of one’s WiFi router signal (‘smart’ home devices) but it can be expanded anywhere you can get 4G service as well,” he continues. “Anywhere tracking your assets is important.”

The device has potential for connected applications in the automotive industry, of course, but public safety, agriculture, and many other data acquisition projects yet to be conceived.